For over 20 years, volunteer counselors through the Senior Health Insurance Information Program (SHIIP) have helped Winneshiek County residents understand their Medicare benefits by:

McLean, also a WMC Trustee, retired from Des Moines University in 2017, where she served as Provost since 2009. From 1983 – 2009, she held various administrative and academic positions for University of Wisconsin-La Crosse College of Science and Health. McLean holds a Ph.D. in exercise science, M.S. in adult fitness and cardiac rehab and B.S. is in physical therapy. She is also a graduate of the American Council on Education institute for New Chief Academic Officers and the Harvard Institutes for Higher Education Management Development Program.

Dougherty earned his Bachelor of Arts in Business from Upper Iowa University, and while serving in the army, earned his Masters in Management from Webster University in St. Louis, Missouri. He served active duty from 1969-1979, and then joined the Iowa National Guard in Waterloo, serving there until 1998. During that time, Dougherty also worked for Farm Service in the southeast Minnesota region. In 1989, he began flying EMS helicopter for Covenant Medical Center in Waterloo. In 1992, Gundersen Health System began an EMS helicopter service, and Dougherty became their first pilot. He served as a Gundersen EMS pilot until his retirement in January 2019.

Open Enrollment, October 15-December 7
Every year Medicare Part D and Medicare Advantage plans announce their changes for the next year, and Iowans on Medicare can decide if they want to change plans from October 15 to December 7. Any change you make will be effective January 1, 2020.

Plans can change their coverage and costs from year to year, so comparing plans during the open enrollment is critical.

Local Medicare Part D Help
To help you compare plans for 2020 during the open enrollment period, volunteer SHIIP counselors are available by appointment at Winneshiek Medical Center in Decorah by calling 563-387-3036.
Anyone with questions about Medicare Part D or Medicare Advantage plans can contact SHIIP, a free, confidential service of the state of Iowa. Call 1-800-351-4664 (TTY1-800-735-2942), go to www.therightcalliowa.gov or e-mail shiip@iid.iowa.gov. 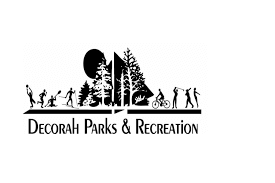